The 2017 federal budget included an allowance for a new type of superannuation contribution for individuals looking to downsize their principal residence. Michael Hallinan details the rules around these unique contributions. 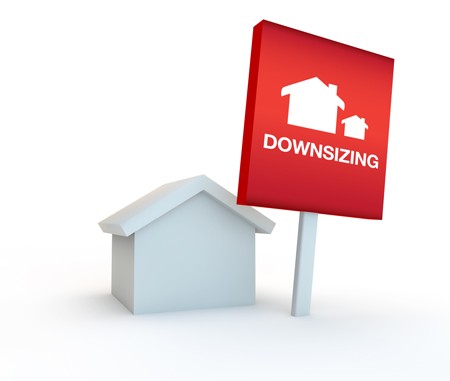 The legislation to implement downsizer contributions has now been introduced in bill form: namely Schedule 2 to the Treasury Laws Amendment (Reducing Pressure on Housing Affordability Measures No 1) Bill 2017. This bill was introduced into Parliament on 7 September 2017.

In order to make a downsizer contribution, the taxpayer must dispose of a property that satisfies two requirements. The first is that there must be a disposal of an ownership interest in relation to the property, which must have been continuously held for 10 years or more prior to its disposal.

The other requirement is that the interest relates to property that must have had the benefit of Division 118 treatment (in whole or in part) or would have been entitled to Division 118 treatment but for the fact the property is a pre-CGT asset. In order to satisfy the second requirement, the property must have a dwelling that was used as the principal place of residence of the taxpayer.

Downsizer contributions are not deductible to the contributor, they cannot be subject to a contribution split and will form part of the tax-free component of the superannuation interest of the beneficiary.

The vanilla – Bert and Mildred

The shopping list of requirements that must be satisfied is set out in proposed section 292-102 of the Income Tax Assessment Act 1997. The list, following the order of the section, is as follows together with the reason why the contributions by Bert satisfy the relevant requirements:

The contribution is an amount equal to all or part of the capital proceeds received from the disposal of an ownership interest in the property (paragraph 1(b)).

The ownership interest must be owned by the beneficiary of the contribution or their spouse just before the disposal (paragraph 1(c)).

As Bert was the registered proprietor of Blackacre immediately before the disposal, this requirement will be satisfied.

The capital gain/loss arising from the disposal of the property must be wholly or partially disregarded under subdivision 118-B (paragraph 1(d)).

The sale proceeds are exempt from CGT due to the principal place of residence exemption. It should be noted that so long as Bert is entitled to a partial exemption, this condition will be satisfied. Further, the property need not be the principal place of residence at the time of disposal. If the dwelling predates CGT, then the sale proceeds will qualify if the only reason the exemption does not apply in part or whole is due to the pre-CGT status of the property.

The ownership interest must have been held at all times during the 10 years ending just before the disposal either by the beneficiary of the contribution, or their spouse or their former spouse (paragraph 1(e) and subsection 2).

The dwelling is located in Australia and is not a caravan, houseboat or other mobile home (paragraph 1(f)).

The contribution is made within 90 days of the disposal (paragraph 1(g)).

The 90-day time period has been satisfied. It should be noted this period can be extended at the discretion of the consent of the commissioner of taxation and no “special circumstances” need to be satisfied to trigger the application of the discretion.

No previous downsizer contribution has been made for the beneficiary (unless the previous contribution is sourced from the same proceeds of the same interest or from an interest held by the spouse and which was disposed of under the same contract of sale) (paragraph 1(i)).

Finally, it is irrelevant that at the time contributions are made neither Bert nor Mildred satisfied the work test. Also, it is irrelevant whether Bert or Mildred were aged between 65 and 75 or aged 75 or more. The Superannuation Industry Supervision (SIS) regulations specifying the work test and age 75 test will be modified so that downsizer contributions are an exception to those tests.

The exotic – Dagobert and Amelie

Dagobert and Amelie are a married couple and are both under 65 when they sell an investment property they jointly held for 11 years prior to the disposal on 31 December 2018. They occupied the investment property as their residence for eight years before buying their current residence. Dagobert and Amelie are aged 64 and 11 months and 64 and 10 months respectively when the now investment property was sold.The sale proceeds are $1.5 million net of tax. Dagobert and Amelie each decide to contribute a $300,000 NCC using the bring-forward condition of their NCC cap. Fortunately their total superannuation balances at the start of the current financial year, 2017/18, are $1.3 million and $1 million respectively, so they each have the maximum NCC cap space for the bring forward strategy and have not previously invoked the bring-forward provision. Within 90 days of the disposal and after they each have turned 65, they can now each make a $300,000 downsizer contribution.

Both Dagobert and Amelie have satisfied the age 65 and the 90-day requirements as the downsizer contribution was made after they each turned 65 but within 90 days of the settlement of the sale of the investment property. While the investment property was not their principal place of residence immediately before settlement, the property can be chosen as the source of the downsizer contributions as they are entitled to a partial exemption of the capital gain under Division 118-B. Clearly the 10-year holding requirement has been satisfied.

In short, they have been able to contribute $1.2 million in NCCs to super simply because the disposal occurred before they each turned 65 (thereby permitting bring-forward contributions to be made) and within 90 days of settlement.