A positive pension change with a cash rate twist

Later this month around 630,000 Australians currently qualifying for a partial age pension will receive a welcome fortnightly payments boost. 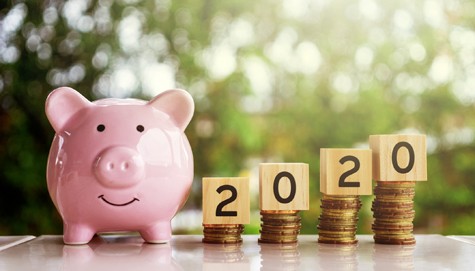 How much extra is received by individuals and couples in this cohort – a subset of the approximately 2.5 million people who are paid an age pension benefit – will vary and depend on their total level of financial assets.

But it's the reason behind this looming retirement pay rise that's most interesting, because it goes to the heart of events that have been happening on global financial markets, and at a monetary policy level, for some time.

These events could also point to further age pension rises down the track.

This month the Reserve Bank of Australia board opted to keep official interest rates on hold, after having cut them by 0.25 per cent to a record low 1 per cent in July. That followed a 0.25 per cent cut in June to 1.25 per cent from 1.5 per cent, the level they had been sitting on for three years.

As official rates have fallen over time, so have the returns from cash-linked products such as bank savings accounts and term deposits that a large number of retirees use to generate income.

And that has become a costly problem for those retirees holding sizeable amounts of cash who are means tested for the age pension based on the return the government "deems" their financial investments to be earning.

In what is a highly complex system, around 1.6 million Australians qualify on both an income test and assets test basis to receive the full age pension benefit. The majority of those on the pension earn little or no additional income above their payments and have limited assets, with the family home exempted for pension assessment purposes.

Department of Social Services data shows a further 318,282 retirees qualify for a part-pension on an "assets test" basis.

Individuals and couples are assessed on whether they do or don't own a home, and can hold up to a certain value of assets before their pension is reduced under what's known as the taper rate.

And then there's a larger group of 627,850 retirees who receive a part pension by qualifying under the "income test". This test is based on how much additional income they actually earn, and how much of a return their financial investments are "deemed" by the government to be earning.

It's in this segment where many will receive an age pension pay rise this month, backdated to July 1.

Now, reflecting the progressive cuts to official interest rates by the Reserve Bank down to current levels, the government has determined to cut these deeming rates and simultaneously increase the financial assets assessment levels.

At the same time, the financial assets assessment level for singles and couples has been increased slightly to $51,800 and $86,200 respectively.

The deeming rates feed directly into the income test assessment, which allows singles to earn up to $174 per fortnight – including both real and deemed income – without being penalised. Singles lose 50 cents of their pension for every dollar earned above this level. For couples, the maximum fortnightly income is $308 before their pension payments are reduced.

While not delivering massive financial benefits, the deeming changes will certainly be meaningful for many retirees.

How much extra an individual or couple receives is tiered and will come down to their financial assets, and whether or not they are homeowners.

The amounts detailed below are the sweetest spots from the new deeming rates before other factors used to assess age pension entitlements result in lower payment increases.

What's clear is that the changes to deeming rates are a positive, and underscore the importance of ongoing reviews of the financial components used to assess age pension entitlements and payments.