Average life expectancies in Australia are now at a record high, and while that's a positive, longevity can also come with potential financial risks such as outliving your retirement savings. So what can you do to ensure you have the best chance of experiencing a financially secure retirement? 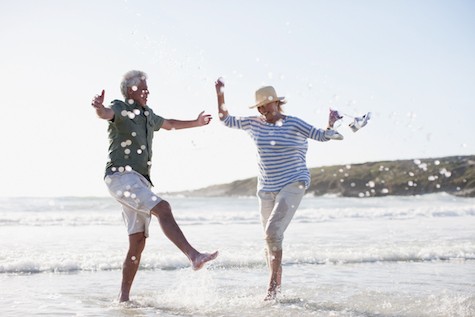 The Australian Bureau of Statistics had some good news to share earlier this month, with new data showing average life expectancies in Australia are now at a record high and among the highest in the world.

The average female life expectancy had also increased to 85.3 years, from 85 years.

The financial side of living longer

Of course, there are generally two sides to every story, even when it comes to living longer.

From a financial perspective, a key question for most of us is whether we’ll have enough money to last all the way through our retirement years?

In fact, it’s such a common question that in financial circles the prospect of running out of retirement money before death is officially known as “longevity risk”.

Longevity does certainly have a potential financial risk. Research conducted earlier this year by the Association of Superannuation Funds of Australia (ASFA) found most Australians will spend all their superannuation in retirement.

The research found that:

How much do you need?

The million dollar (or more) question for many of us is how much accumulated superannuation money do you actually need to last through retirement?

Unfortunately, there’s no straightforward answer. It varies from person to person and couple to couple.

The ASFA Retirement Standard is of some help. It benchmarks the minimum annual cost of a comfortable or modest standard of living in retirement for singles and couples.

As at the end of the September quarter, it calculates that based on the current cost of living a single person needs $45,239 a year to live a comfortable retirement and a couple needs $63,799.

The above figures are based on the average person and do not take into account your unique circumstances and lifestyle, which might be substantially different. They don’t differentiate between whether the money needed per year comes from your superannuation savings, other investments, the Age Pension, or a combination.

That’s not really that relevant, although money from superannuation does have obvious advantages.

That’s because any income earned on money held within the superannuation regime, once converted into an account-based pension, will be tax-free in retirement. Income on money held in an accumulation account will be concessionally taxed.

In any event, generating the sort of annual income needed to match ASFA’s Retirement Standard calculations will ultimately depend on your investment strategy.

Taking an active role in your investments, to ensure you have the best chance of protecting and growing your capital, is just as important in retirement as it is before you stop working.

For many retirees, low-risk assets such as cash and government-backed bonds are often seen as the safest ways of protecting capital over the long term.

Yet, depending on your broad retirement goals and tolerance for risk, putting all your eggs into one or two asset classes will most likely expose you to investment hazards over the long term.

That’s because asset classes perform differently from year to year. What you may see as a safe investment strategy today could easily become the opposite over time.

Investing across a range of asset classes during pension drawdown phase, including more volatile growth assets such as shares and listed property, will help smooth out poor returns from other asset classes from year to year.

While there’s no guarantee your retirement savings will last until you die, a diversified investment strategy will inevitably deliver steadier, tax-effective long-term returns.